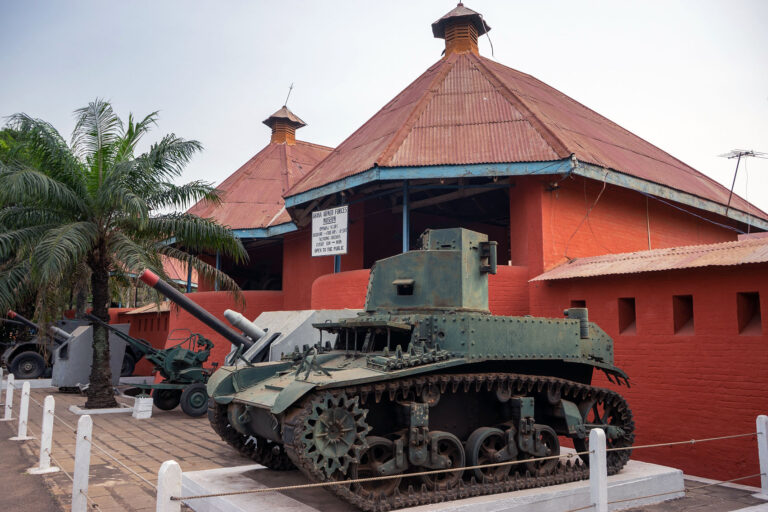 A military museum is not usually something that most people would put into the top tier of an African sightseeing itinerary. But in Kumasi, the Armed Forces Museum leaps to the top of the pack, thanks mostly to its fantastic setting: an old fort in the center of town, which was the site of one of the region's most historic armed conflicts.